And we’re back for another Music Monday, this time with Roxanne Howard to discuss her latest release, Flip the Beat! 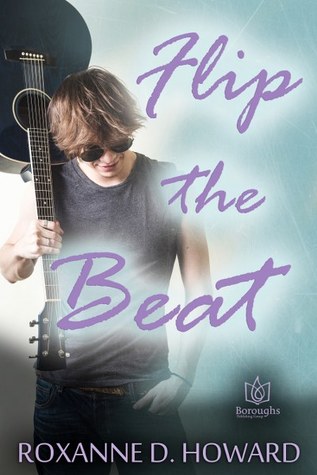 Just the Way You Are- Billy Joel

The main character of the book, Molly Ivers, is a grad student about ready to go to Paris for a special internship. She is approached by a life coach who sees potential in her, and like a fairy godfather, he helps her transform her appearance to better fit into Parisian society. Molly gave her virginity to her friend, Evan Castle, a while back in a night of unexpected passion. He’s always adored Molly just the way she is, and if I had to pick a song about how he feels about her, Billy Joel’s “Just the Way You Are” would be it.

Bon Jovi- (You Want To) Make a Memory

In the song “Make a Memory”, after Evan and Molly slept together the first time, it didn’t work out because of the invasiveness of the groupies that are known to hang around Evan from his rock band shows. Throughout the story, as Molly changes her appearance and prepares for her new road in life, her love life changes as well, and “Make a Memory” is what I would classify as Evan and Molly’s theme song.

What are you up to next?

There are a lot of steamy, steamy books heading your way! Save the date for my upcoming romance releases in the next six months:

Molly Ivers thinks she is falling for the opposite of Prince Charming, and she knows she should give him up, but, oh, the temptation.

WHEN YOU WISH UPON A STAR

Molly Ivers thought she found Prince Charming, but without a devilishly sexy accent, and six months ago she gave into their undeniable attraction. But the swarm of ever-present groupies was so not part of the fairy tale. As much as it hurt her heart, she shut out rocker Evan Castle.

Now, on the verge of finishing her graduate degree and moving to Paris—she even hires a French life coach—Molly begins to realize Evan, who hasn’t given up on her, might be the man of her dreams after all.

Roxanne D. Howard is a U.S. Army veteran who has a bachelor’s degree in Psychology and English. She loves to read poetry, classical literature, and Stephen King. Also, she is an avid Star Wars fan, musical theater nut, and marine biology geek. Roxanne resides in the western U.S., and when she’s not writing, she enjoys spending time with her husband and children. Roxanne loves to hear from her readers, and encourages you to contact her via her website and social media.

One thought on “Music Monday- Flip the Beat”