I slowed down on Eros Tales #3 again. I’ve been struggling with it–not because the story or characters are uninteresting, but mostly because it’s tough to work up motivation when these books won’t be coming out until 2024. Still, I made some progress, hitting 33k. As for YA Mirror story, I ran out of steam fast for the same reason I ran out of steam with Paranormal Western–I haven’t been in the right mindset for paranormal/fantasy at the moment, though I still hit 3k in YA Mirror Story. What I put a major dent in on was Rehoboth Pact #2, which I started on a whim, even though I haven’t found a home for it yet. I hit 13k in the manuscript already, and I’m zooming toward the midpoint of the story.

I’ve got nothing of my own to edit, and the next edits I’ll be waiting for from publishers are the ones for Tempting Ballad and Of Alchemists and Arsonists. Right now, I’ve got Confined Desires, A Thief’s Crusade, and Saving Throw all out on submission, so it’s just the waiting game still. I’m getting ready for Of Coppers and Cracksmen to come out on May 19th–next week! Ellie and Bernard were so much fun to write. Next on the agenda after that is Tempting Ballad with Evernight Publishing in June and Waking for Winter with Soul Mate Publishing in September! 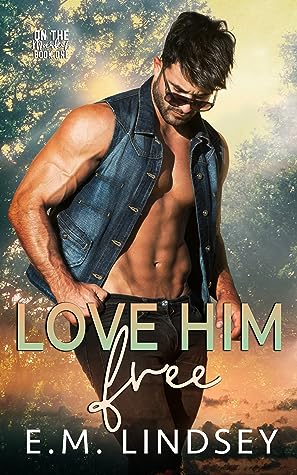 “Getting started early?” Selina asked, stepping up to the counter beside Aubrey. “And if I recall, there was no bragging involved on my part, just a firm reminder that you’re never going to see me dance.”

Selina ordered a pint of porter and flashed the bartender the sort of dazzling grin that never got aimed her way. Most of the time she received grimaces or eye rolls from the owner of Renegades.

“I think that sounds like a challenge to me,” Aubs said, sidling a little closer to Selina.

Selina arched a single carved brow. “Everything sounds like a challenge to you.”