I hit 11k in Rehoboth Pact #3, mostly because it’s been an absolute blast to write and Kyle and Chelsea are just popping off the page. I adore the two of them so far, my shy, awkward Taurus and my brazen Scorpio. Once I finish this trilogy, I’ll have a choice on my hands–whether to finish Eros Tales #3, start Outlaws #2, or dive into the final Discord’s Desire book. It’s going to be a game time decision, I think. Either way will be a lot more thought/planning involved, at least with the latter two. My Discord’s Desire series is at the culmination of all their plotting to overthrow society, and the Outlaws series requires a lot more planning ahead due to heists.

The beta feedback is already rolling in for Rehoboth Pact #2, so I’m probably going to start editing it next week, which is wicked fast. I got the first round of edits in on Tempting Ballad, which is exciting. It should mean the book is coming out sooner rather than later. I’m currently in a marketing lull, because I don’t know when Tempting Ballad is coming out yet? I think late June or July. After that will be Waking for Winter in September, capping off my Philadelphia Coven Chronicles series! As for Midnight Heist and Of Alchemists and Arsonists, I have no idea when the first book will come out and as for the second, it’s slated for January of next year! 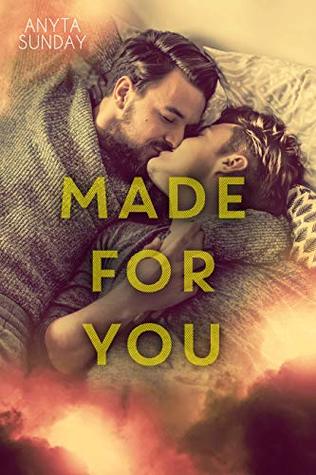 The door creaked open, and Ky stepped inside. The woman looked a little lost as she scanned the tables, her short auburn hair rumpled from the wind, and her cheeks pink from the chill outside. Chelsea’s adrenaline kicked up a notch, something she willfully ignored as she lifted her hand to wave. The moment Ky’s gaze snagged on hers, those hazel eyes crinkled with one beautiful smile.

Chelsea was used to a world of guarded expressions, smooth comments, and extra doses of sarcasm, but there was something different about Kyle Walker. The woman might hide behind awkwardness and fumbling, but when she smiled at her—holy hell, it was enough to knock the breath from her chest. Not a sensation she was used to in the slightest, and probably one she should examine a bit more if she were honest with herself, which she rarely liked to be.