An invitation to Cupid’s Café will change your life.

After the incident that caused Liv Morozov to drop out of college, years later she’s still trying to pick up the pieces of her life. She’s managed to carve out a career for herself as a photographer, but when it comes to guys? Her issues send them running for the hills, every damn time.

Zane Parata has declared himself off-limits for relationships. Between trying to maintain sobriety and the long hours he works as a chef, no one wants to deal with his brand of damage, and he wouldn’t want to burden them in the first place.

When Liv shows up at Cupid’s Café, she never expected to find Zane, her brother’s former best friend who had vanished one day and never returned. The sparks that surged when they were both teens rekindle stronger than ever, and all too fast, Liv and Zane entangle in each other’s lives, breaking their own rules. Except with both struggling with the demons from their past, the love that’s begun to grow is one lapse away from shattering the two of them beyond repair.

Get your copy HERE!

Another slow writing week, but there happened to be a major wrench in my plans, sigh. After Glows Publishing is going through a reorganization process, so my Cupid’s Cafe book is also on hiatus. So, I returned my attention to Taking Root and have continued writing the follow up chapter to what I had prepped for the proposal. I figure I’ll just keep trucking away at that one until I get some news to push me in a direction. It’s been a ton of fun so far.

What I’m editing/marketing: Continuing to work on synopses and queries, but I’m making some headway and sent out the first submissions. I finished the Wanderers edit, and it’s STUNNING. I also got the beta reads back for the fae novella, so I started doing some edits on that–though, I have time since it’s not due until July! Once that’s done, I’m returning to Musketeer Pirates to spiffy it the hell up. My young adult fairytale, A Reflection of Ice came out three weeks ago, same with Corsets and Cogs, which hit bestseller and is now available in paperback!! In upcoming news, the other steampunk boxset I’m in, Gaslights and Graves, is available for pre-order!

“Going to pull a Cinderella once midnight strikes?” he asked, barely able to hear his own words amidst the pulsing music and the bodies twisting and turning around them. He didn’t want tonight to end. He wanted the chance to get to know her in a real, lasting way like the imprints she’d left on his memory all those years ago.

Her lips quirked in a smile that didn’t reach her eyes, the sadness gleaming in those mesmerizing jade eyes. “Wouldn’t be any fun otherwise,” she responded. “Got to leave a little mystery or I’ll lose my allure.”

Disappointment curled in his chest, but she pressed her body against his, her nails digging into his shoulders. Not only did that lithe body of hers strike a fresh match to embers that he thought had died, but her vibrancy and her lonely fight made him want in a way he’d forgotten.

Thus far, I’ve been really good at staying true to my promises! The fae novella IS finished and out with beta readers! It ended at around 21k, so I just blasted through the rest of it. Of course though, that leaves this big open hole of WHAT DO I WRITE NEXT? However, I think Cupid’s Cafe answered that question, as I started putting the first couple lines down on Lex and Tessa’s story.

What I’m editing/marketing: TOO MUCH. So, this week, my editor actually got the Airship edits back to me AND I turned them back around. OMG. So of course, I’m continuing to stampede through the Wanderers edits as well AND MIGHT EVEN HAVE THEM FINISHED BY NEXT WEEK. Ahhhhh. But that’s not all, folks. My young adult fairytale, A Reflection of Ice came out on Tuesday, huzzah huzzah. And then literally a day later, Corsets and Cogs hit the e-shelves!!!! Now is definitely the time to buy, as it’s only going to stay 99 cents for a week! And of course, the other steampunk boxset I’m in, Gaslights and Graves, is available for pre-order!

Some days, Tessa managed to keep the flames to a minimum, but others, that inferno raged out of control. Today classified as grade A dumpster fire with an extra splash of gasoline.

Hey, guys! My critique partner, Landra Graf has a new release on the horizon, her book, Bona Fide Beauty! 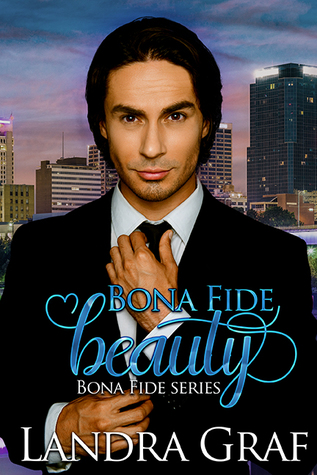 She’s going to lose her house.
Kathleen Baum has four months to complete the city’s required code changes to her grandma’s home. Otherwise, she loses it. Strapped for cash, Kat’s only way to get the funds is to bargain with her devil cousin. She agrees to an unwanted makeover, but she’s not good at taking direction, pretend or not.

He’s going to lose his business.
Devid Esposito has worked all his life to build a successful image consulting company, but if he doesn’t start bringing in new clients the business will be bankrupt in three months. The board is ready to oust him when his partner, Kat’s cousin, enters with the opportunity to get his mojo back; all he needs to do is help Kat, with a makeover. Unfortunately, Dev doesn’t take on female clients anymore since the last one broke his heart and used his tips against him.

When they find out they have a common enemy, his heart-breaking client is her code-breaking-whistleblower, and the easiest way to bring the foe down is to accept the other’s help. Losing their hearts to each other was the one thing they didn’t plan for.

Back to a normal pace with the Wanderers story! I’m hoping to hit 60k by the end of today, but I’m currently at 58k, and I’m hoping to potentially finish the novel by next week. CAN I DO IT? Again, hopefully. I’m usually able to binge write a little more readily closer to the end because the finish line is in sight. And damn, this whole thing unfolded just so perfectly. I adore this story!

What I’m editing/marketing: Both Of Tinkers and Technomancers and A Reflection of Ice are with the line editors now! I’ll be getting both of them in soon, which will be so much fun, and put each of those books that much closer to release day! I’m going to finish editing my Take to the Skies short this week, so I can get it to my editor. I’m almost there, and I’ll be able to reach this deadline just fine. Once I’m finished that, I am switching editing focus solely to The Airship Also Rises, since both of my betas gave their feedback to me. I have a lot of fun releases on the horizon this year! Also, Gaslights and Graves is now available for pre-order! Nab a copy now!

“Over the river and through the woods.” Bree flashed him a wide grin, her heart racing with the thrill of wandering through the Warrens, nightmare fodder since she was a kid. Anything could pop out at them here, most of it bloodthirsty and wanting them dead. Meaning, she could stab anything that charged their way, and if that didn’t excite her, little did.

“You’re far too chipper for a life-threatening situation.” Jai cast her a glance, even though a hint of a smile tugged at his lips.

Gaslights and Graves is available for pre-order now and set to release in May! Get your copy HERE!

Well now, I honestly didn’t think I’d be able to keep up that breakneck pace with the Wanderer’s story, but as I’m typing this, I’m closing in on 23k. I’ve very rarely had a story pour out of me this quickly, but apparently it’s been pent up and needing to be told for some time now. This story has been tugging at my heart in all of the best ways too, the lead characters so vivid and vibrant it hurts. Cole is proud, and responsible, and constantly smoothing over the fights between his siblings, the weary sort of soul who carries too much. And Bree is fire and a fight, she’s the crack of a whip, with the sting that lingers.

What I’m editing/marketing: To quote Shrek the Musical: the waiting, the waiting, the waaaaaaaiting! While I’m testing my patience with all this waiting, I’m charging ahead with the writing of the things. I’ll be getting edits in soon as well, so I have plenty to work on. I got the cover for A Reflection of Ice, so that was excitement, and I’m launching into marketing prep for that eventual release as well as Gaslight and Graves.

Riley snorted, letting out another slow stream of smoke. “Mrs. Wormwood’s voice is currently the soundtrack of my nightmares. Her nasal drone haunts me.”

“Got to remix that shit,” Cole said stubbing the toe of his boot against the gray paver in front of him. “Throw some electronic backbeats behind it, add in cat wails for good measure, and you’ve got a hit on your hands.”

Riley let out a sharp laugh, one of those surprised, real ones. “You’re missing your true calling. ‘World War Mew’ would be a way more entertaining way to spend history class.”